Find an array of resources to make your essays perfect!

Quick and easy The Crucible synopsis, analysis, and discussion of major characters and themes in the novel.

The Crucible is set in Massachusetts in 1692. In the small Puritan town, where one's life is dedicated to the service of God, several teenage girls are discovered in the woods and are accused of engaging in "the Devil's" work. As time goes by the village becomes consumed by cries of witchcraft. Directed by Nicholas Hytner, screenplay by Arthur Miller. Stars Daniel Day-Lewis and Winona Ryder. 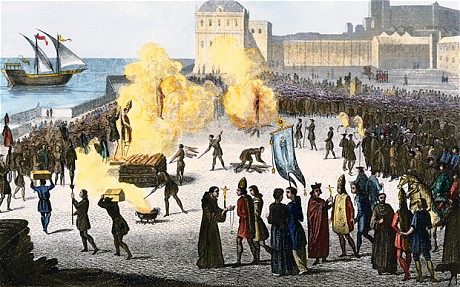 An examination of the causes and repercussions of the persecution of young women accused of being witches in the 1600s in America.

Books available in the NCC

Banner & Further Reading icon image is a derivative of "Around the Ochils-01" by Brian Smith, used under CC BY-NC-SA 2.0